When the Sopranos first aired in the late 1990s I was a student in Belfast and watched it every week until I graduated and left Belfast in the middle of the second season.  It might have taken me 11 years but I’ve finally arrived at the fourth season.  The first episode, “For all debts public and private”, commences in the Soprano kitchen with Carmella  (the wife of the local mafia boss Tony) telling Tony (who is eating ice cream): “I’m worried Tony.”

Tony replies, “About what, my weight?”.

Carmela has realised that if something was to happen to her husband (not unlikely in his line of work!) her immediate concerns would be financial:

Who will provide for her?

What about her two children, Meadow and Anthony?  Meadow is at an expensive college and Anthony’s immediate future plans are uncertain.

What about the upkeep of the house?  The lifestyle?  The car?  Holidays?

Carmella has woken up and smelt the coffee.  Her whole way of life and that of her kids hinges on her husband’s ability to earn.  Tony passes off her comments and tells her that she’ll be fine and taken care of.  Carmella tells him that they need life insurance, and maybe a pension fund so she doesn’t need to worry about the future.  In the last episode I watched, she brings an investment adviser into the house to discuss diversifying the family wealth.  Again, Tony is non-committal and says “I’ll run it past the accountant.  He knows about this sort of stuff”.  Carmella responds “But he is not a qualified investment adviser”.  Tony goes silent and it cuts to another scene.

Carmella needs my services!  While a mafia family is not our ideal client Carmella’s concerns mirror that of many people we meet.

We can give you peace of mind and a reassurance that should catastrophe strike your family there need not be any financial worries. 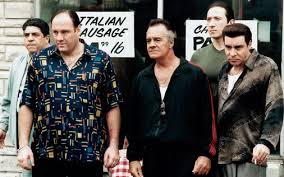 PLEASE NOTE THE ARTICLES POSTED ON GIBSONEWS DO NOT CONSTITUTE ADVICE

We contribute regularly to a number of key publications throughout the UK and Ireland.